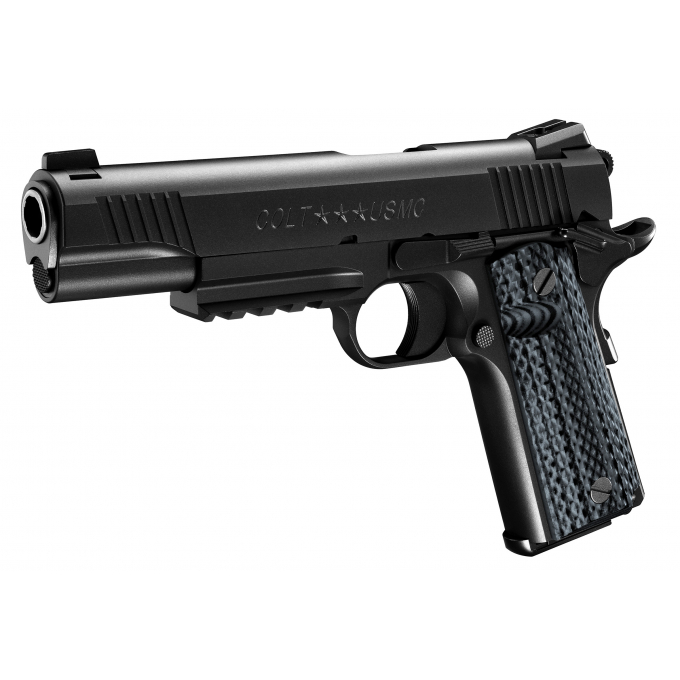 Each part is machined with custom guns pursuing accuracy of hitting, a new rail integrated frame and a characteristic laminated grip of G10 material, and a wider spaced serration for the slide. Moreover, it is a model suitable as a successor of the MEU pistol, such as finishing the majority of exterior with black color.

In the gas blowback 'M45A1 CQB pistol,'  upgrading of the internal mechanism was also carried out while adhering to the characteristic appearance and the reproducibility of texture. Compared with the conventional gas blowback and governance model, we have improved recoil shock and improved operation stability.