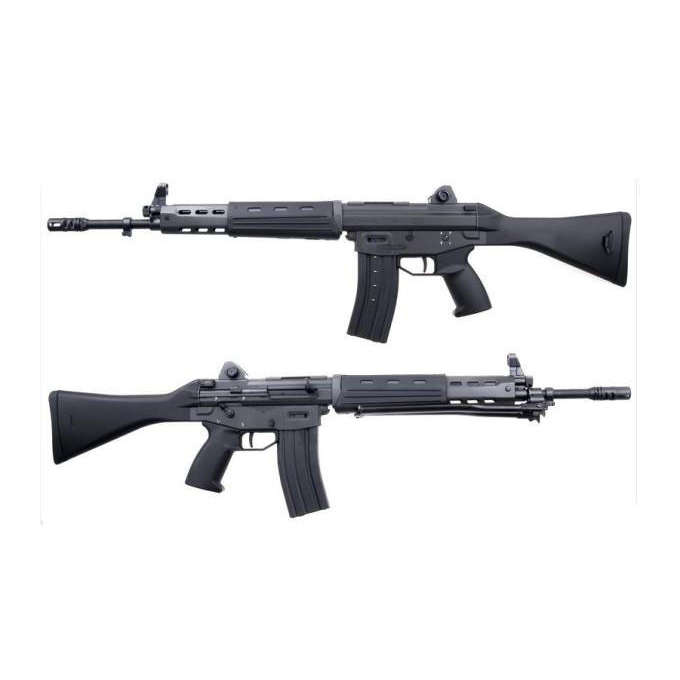 By buying this product you can collect up to 139 points.

During the Vietnam War, the United States military replaced the M14 with the M16 for a variety of reasons, one of the most important being the advantage of increased rate of fire, light weight, and lower recoil of the 5.56×45mm NATO round over the larger 7.62×51mm NATO round. Despite the fact that this shortened the effective range of the average infantryman during a firefight, the 5.56×45mm round (SS109) eventually became the standard of ammunition type for all NATO member assault rifles. In accordance with this, the Japanese Defense Agency began development on their next generation assault rifle to replace the 7.62×51mm Type 64 battle rifle after its 25-year span of service.
Development was handled primarily by Howa since it was already licensed to produce the AR-180 version of the Armalite AR-18 rifle for commercial purposes. In order to determine suitability of the rifle, it was issued in limited numbers to the Japan Self-Defense Forces for field testing purposes. After the data collected from the field testing stage of the AR-18 was examined, formal development of the next-generation assault rifle began with its designation as the HR-16 (HR1604). The HR-15 was the first version of the experimental rifle that would eventually become the Type 89, but was developed concurrently with the HR-10, HR-11 and HR-13 by 1989