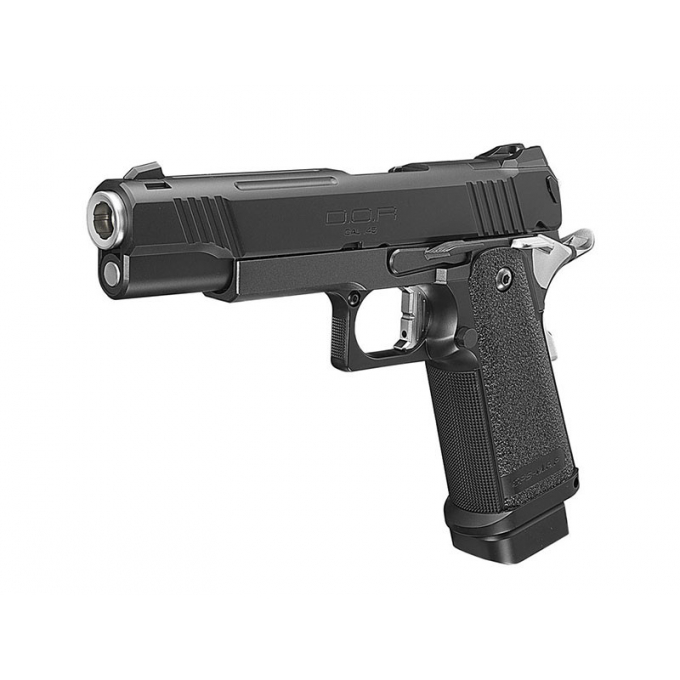 D.O.R (Direct Optics Ready) model that can be equipped with optional "Micro Prosite" appears in Tokyo Marui's high capacity series!
It is now possible to create a new slide with a special design and “mount it without mounting” the microprosite to a “lower position”. In addition, the model has been upgraded everywhere, based on the conventional gas blowback high-capacity series, such as improved operability by reviewing the internal mechanism and improved operability considering microprosite mounting.

Box contents:
Gun, Magazine, Rail, Optic Base (NO optic RMR) and mounting for mounting the lamp.